Well, it seems it's been nineteen years since I started this thing. Granted, there have been some dry spells but yeah New Years Resolutions and all that.

I was in Disney World and I wanted a selfie with the Fairy Godmother from Cinderella but the camera on my phone wouldn't work and she was at the end of her shift.
--
It's been like 120 days since we removed ourselves from the loop. Disney World reopened. They wouldn't have done so if they didn't have customers.

I'm glad I quit Target. Not because of coronavirus, but because their customers, entitled on a regular day, must surely be nightmares now. 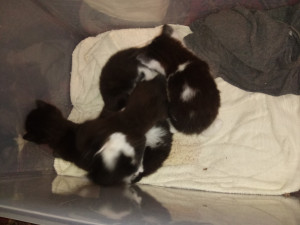 The kittens are coming along nicely.

I still get birthday announcements for LJ friends. Most of whom have moved on, to facebook or elsewhere, and a few have passed on.

There's an episode of The Dick Van Dyke Show where Rob is dreaming he's at work and the only person left in the building and says "like the last living cell in a dead body" with a Karloff accent.

I've become a crazy cat guy. And a Khemetic pagan. Yes, the two are related.

Right now five kittens are suckling next to me on the sofa.

Their mother was born under the porch across the street. They were born on my stairs. 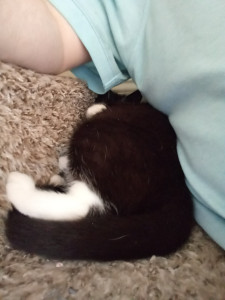 This is her shortly before giving birth, where she perceived to be the safest place to do so: next to me on the stairs. That was eleven days ago.

They just opened their eyes.

Dream: I'm someplace institutional waiting to be tested for C19 and there's chairs ringed around the room. There are others in the room and someone suggests we sing and it's a medley of showtunes culminating in "Tomorrow" from Annie. In the dream, I was thinking how much Perry would hate that.

You could go into those places with five bucks and buy a stack of comics or half a dozen paperbacks or a couple of vintage issues of Famous Monsters of Filmland.

I dreamt about one of those places... but this one had a basement with even MORE stuff.

I composed this while sitting in the tub, soaking the day away, surrounded by my cats- one on the fifth tier of the towel rack, another on the bath mat on the floor, and the last sprawled out on the toilet seat lid.

Things have changed since I last posted here.

For one thing, there's a pandemic.

Y'know, that's most of it. On thing about this pandemic is that a lot of writers and publishers have made their stuff available because we (everybody...like every body) are sequestered to avoid either catching it or giving it SO I've managed to accumulate lots of stuff to keep me occupied- and in return to their kindness, I'll be reviewing these.

And because it's a 21st Century Pamdemic, It'll all be on my phone.
Here's a picture of a cat: 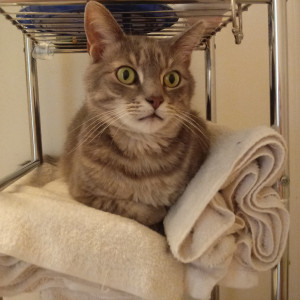 This is the towel rack cat, her name is River.

Inspired by a dream:
Evil Wizard on a Voldemort Spree killing and maiming good wizards. Police officer, inspired by Ray Winstone, shows up and Evil Wizard zaps him, to no avail. Officer smiles like a shark and says "the only thing magic around here sweet heart... is me." Then he starts pummeling the Evil Wizard senseless.
--
In my slightly HP inspired dream, I suggested calling in "civil authorities" during a Voldemort & Co seige- because in my dream Muggles were immune to magic and that's why the Evil Wizards hated Muggles.

How odd. I really haven't thought much about Harry Potter in forever. Target just got in place settings inspired by the movies. 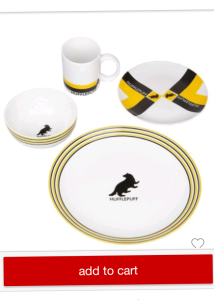 Couple of locations:
First on a public transportation bus, going through the Navy base. I'm bothered by the fact that I somehow ended up on a Hampton Blvd route rather than a Granby St route.
--
I'm in some kind of crowded common room, like a breakroom for a store or shared area for students. HS classmate DS is there and I comment on her pretty dress. Ex-roommate MF is there and I tell him an author we both like liked one of my posts. He asks me if I've seen Ivan lately and I say no, though I think he's present. They're dressed like extras on Amadeus. Outside, but I initially think it's Harry Potter on television, evil wizards are attacking a friendly giant. I ask someone at a desk if we can't call the civil authorities. The idea surprises her.
My father shows up and wants to hang out. I say I can til I have to go to work.
When's that?
Nine, I tell him. I look at my phone. It's 9:09
Work is Prince Books. This is not stated, just understood.
--
Woke up. Even in my dreams, my father's disappointed in me.

Dream:
I'm with another traveler, I don't know him, it's like being assigned a row on a plane, we're on a hotel rooftop in NYC filming an Adam Sandler movie and there's a break in the filming and I tell him I think it's a bad idea and he tells me it'll be ok. There's male extras wearing gold metal skullcaps and wings. I'm smoking a cigarette with a crewmember and... Something happens. The crowd becomes quiet. That's when the exposition hits me: we're time travelers and it's 9/11 and the first plane just hit the towers. I wake before the second plane hits.

I love free stuff.
I love getting it and I love telling people how to get it.

Recently, maybe for Black Friday, maybe they were running a special, but I picked up s3 for Hannibal for free and s1 for three dollars, and even though it was three dollars it was free for me.

I do Google Rewards.  It's an app in the android store- I don't know if it's available for I-phone.  Every few days, Google will ask you questions about your search history, your youtube viewing and your shopping habits.  So if privacy is a thing with you might want to pass.

As you answer the questions you earn Google Play credits.  Some questions only are ten, fifteen cents.  The more... intrusive the question, the more you get- fifty-six cents is the most I've gotten for a shopping question: Google sees where I've been with phone's GPS, like the grocery store or Arbys. They'll ask how I paid and if I'd let them see my receipt, which I send them a picture of.

Again, not something you'd want to do if you take your privacy seriously.

I've been buying s3 episodes of Hannibal for a while, concentrating on the first half- Hannibal in Florence.  $1.99 a pop.  I had a credit and I thought I'd start finishing the season (Thomas Harris's Red Dragon).  I didn't have to spend a penny, since it was free! (Even with my credit.)

A couple of days later, I though I should make the most of the low prices and I bought season one (twelve episodes) for $3; list price was $4.99 but I'd already purchased an episode and they accounted for that.

The $3 I spent was all accrued from Google Rewards, no actual money was spent.


Google Play also periodically offers first episodes in order to get the view hooked- I've picked up the first episodes of Fosse/Verdon, Feud and American Crime Story: Versace- watching the rest of the season on one of the various streaming services.
Collapse